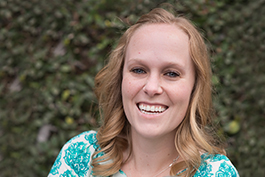 Emily graduated from California State University Stanislaus where she studied Biology and then went on to complete the winemaking certificate program at UC Davis. She started with Bronco Wine Company fresh out of college working in the analytical lab at their Escalon facility.   She worked in the lab for a little over a year before she was promoted to Assistant Winemaker under the direction of Larry Rocha. After 2 years in Escalon, Emily was transferred to the plant in Ceres, CA where she worked under Jim Rodrigues and John Allbaugh. In less than a year she took on the role of Champagne winemaker under the direction of Bob Stashak. Since then she has been promoted to Winemaker and has 6 harvests under her belt. In her spare time she enjoys traveling, riding her Harley and spending time with her friends and family.